Of course, they aren’t definitively saying “there is definitely some microbes floating around on Venus,” because that’s not how science works. But accd to this: “In a paper released today in Nature Astronomy, astronomer Jane Greaves at Cardiff University and an international team of scientists announced the presence of phosphine in Venus’s atmosphere. Phosphine is considered a “biosignature”—a molecule strongly associated with the chemistry of life that has few non-life methods of production, particularly on a rocky planet like Venus. The team used two observatories—the James Clerk Maxwell Telescope (JCMT) in Hawaii and the Atacama Large Millimeter Array (ALMA) in Chile—to verify their detection.”

They’re pretty guarded but a radio astronomer grad student named u/ Andromeda321 on reddit basically was like: yeap, probably life. Here’s what they said:

Astronomer here! Here is what is going on!

For many years, astronomers have speculated that the most likely way to find evidence of extraterrestrial life is via biosignatures, which are basically substances that provide evidence of life. Probably the most famous example of this would be oxygen- it rapidly oxidizes in just a few thousand years, so to have large quantities of oxygen in an atmosphere you need something to constantly be putting it there (in Earth’s case, from photoplankton and trees). Another one that’s been suggested as a great biosignature is phosphine– a gas we can only make on Earth in the lab, or via organic matter decomposing (typically in a water-rich environment, which Venus is not). So, to be abundantly clear, the argument here is to the best of our knowledge you should only get this concentration of phosphine if there is life.

What did this group discover? Is the signal legit? These scientists basically pointed a submillimeter radio telescope towards Venus to look for a signature of phosphine, which was not even a very technologically advanced radio telescope for this sort of thing, but they just wanted to get a good benchmark for future observations. And… they found a phosphine signature. They then pointed another, better radio telescope at it (ALMA– hands down best in the world for this kind of observation) and measured this signal even better. I am a radio astronomer myself, and looking at the paper, I have no reason to think this is not the signature from phosphine they say it is. They spend a lot of time estimating other contaminants they might be picking up, such as sulfur dioxide, but honestly those are really small compared to the phosphine signal. There’s also a lot on the instrumentation, but they do seem to understand and have considered all possible effects there.

Can this phosphine be created by non-life? The authors also basically spend half the paper going through allllll the different possible ways to get phosphine in the atmosphere of Venus. If you go check “extended data Figure 10” in the paper they go through all of the options, from potential volcanic activity to being brought in from meteorites to lightning… and all those methods are either impossible in this case, or would not produce you the concentration levels needed to explain the signature by several orders of magnitude (like, literally a million times too little). As I said, these guys were very thorough, and brought on a lot of experts in other fields to do this legwork to rule options out! And the only thing they have not been able to rule out so far is the most fantastic option. 🙂 The point is, either we don’t get something basic about rocky planets, or life is putting this up there.

(Mind, the way science goes I am sure by end of the week someone will have thought up an idea on how to explain phosphine in Venus’s atmosphere. Whether that idea is a good one remains to be seen.)

To give one example, It should be noted at this point that phosphine has apparently been detected in comets- specifically, it’s thought to be behind in the comet 67P/Churyumov-Gerasimenko by the Rosetta mission- paper link. Comets have long been known to have a ton of organic compounds and are water rich- some suggest life on Earth was seeded by comets a long time ago- but it’s also present in the coma of comets as they are near the sun, which are very different conditions than the Venusian atmosphere. (It’s basically water ice sublimating as it warms up in a comet, so an active process is occurring in a water-rich environment to create phosphine.) However, the amounts created are nowhere near what is needed for the amounts of phosphine seen in Venus, we do not have water anywhere near the levels on Venus to make these amounts of phosphine, and we have detailed radar mapping to show us there was no recent cometary impact of Venus. As such, it appears highly unlikely that what puts phospine into Venus’s atmosphere is the same as what puts it into a comet’s coma. Research into this also indicates that, surprise surprise, cometary environments are very different than rocky ones, and only life can put it in the atmosphere of a rocky planet.

How can life exist on Venus? I thought it was a hell hole! The surface of Venus is indeed not a nice place to live- a runaway greenhouse effect means the surface is hot enough to melt lead, it rains sulfuric acid, and the Russian probes that landed there in didn’t last more than a few hours. (No one has bothered since the 1980s.) However, if you go about 50 km up Venus’s atmosphere is the most Earth-like there is in the Solar System, and this is where this signal is located. What’s more, unlike the crushing pressure and hot temperatures on the surface, you have the same atmospheric pressure as on Earth, temps varying from 0-50 C, and pretty similar gravity to here. People have suggested we could even build cloud cities there. And this is the region this biosignature is coming from- not the surface, but tens of km up in the pretty darn nice area to float around in.

Plus, honestly, you know what I’m happy about that will come out of this? More space exploration of Venus! It is a fascinating planet that is criminally under-studied despite arguably some of the most interesting geology and atmosphere there is that we know of. (My favorite- Venus’s day is longer than its year, and it rotates “backwards” compared to all the other planets. But we think that’s not because of the way it formed, but because some gigantic planet-sized object hit it in the early days and basically flipped it upside down and slowed its spin. Isn’t that so cool?!) But we just wrote it off because the surface is really tough with old Soviet technology, and NASA hasn’t even sent a dedicated mission in over 30 years despite it being literally the closest planet to us. I imagine that is going to change fast and I am really excited for it- bring on the Venus drones!

So, aliens? I mean, personally if you’re asking my opinion as a scientist… I think I will always remember this discovery as the first step in learning how common life is in the universe. 🙂 To be clear, the “problem” with a biosignature is it does not tell you what is putting that phosphine into the Venusian atmosphere- something microbial seems a good bet (we have great radar mapping of Venus and there are def no cloud cities or large artificial structures), but as to what, your guess is as good as mine. We do know that billions of microbes live high up in the Earth’s atmosphere, feeding as they pass through clouds and found as high as 10km up. So I see no reason the same can’t be happening on Venus! (It would be life still pretty darn ok with sulfuric acid clouds everywhere, mind, but we have extremophiles on Earth in crazy environments too so I can’t think of a good reason why it’s impossible).

If you want to know where the smoking gun is, well here’s the thing… Hollywood has well trained you to think otherwise, but I have always argued that discovering life elsewhere in the universe was going to be like discovering water on Mars. Where, as you might recall, first there were some signatures that there was water on Mars but that wasn’t conclusive on its own that it existed, then a little more evidence came in, and some more… and finally today, everyone knows there is water on Mars. There was no reason to think the discovery of life wouldn’t play out the same, because that’s how science operates. (This is also why I always thought people were far too simplistic in assuming we would all just drop everything and unite as one just because life was discovered elsewhere- there’d be no smoking gun, and we’d all do what we all are doing now, get on social media to chat about it.) But put it this way- today we have taken a really big first step. And I think it is so amazing that this was first discovered not only next door, but on a planet not really thought of as great for life- it shows there’s a good chance life in some for is ubiquitous! And I for one cannot wait until we can get a drone of some sort into the Venusian atmosphere to measure this better- provided, of course, we can do it in a way that ensures our own microbes don’t hitch a ride.

TL;DR- if you count microbes, which I do, we are (probably) not alone. 😀

Edit 2: A lot of questions about whether this could just be from bacteria that hitched a ride on our old probes. The short answer is that’s not really possible at the levels detected. Life as we have it on Earth can’t survive on Venus because of all the sulfuric acid clouds and such. Even if something managed to do so, bacteria don’t reproduce as fast as would be needed to explain this signal. 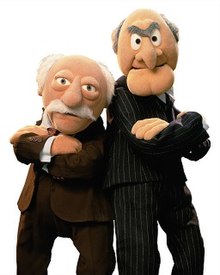 Les Hostetler @LesHostetler @justicearman @seankreynolds Rule one: have fun. Beyond that, recruit some lawyers and its game on. Been doing this for ten years